Lukashenko to deliver State of the Nation Address on 21 April 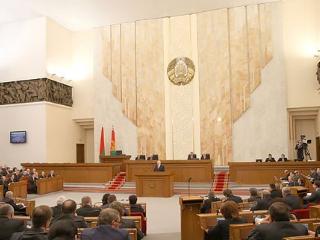 Belarus President will deliver the annual State of the Nation Address on 21 April. Alexander Lukashenko will deliver the address during the joint session of the House of Representatives and the Council of the Republic. The head of state will focus on the key issues, analyze the situation, and outline a strategy for the country’s development. The event will be attended by Belarusian high-ranking officials, MPs, heads of public administration bodies, directors of major enterprises, representatives of the diplomatic service and mass media outlets. The speech by the head of state will be broadcast live by the Belarus 1 and Belarus 24 TV channels, and the First National Channel of the Belarusian Radio. The broadcast will begin at 10:00. The televised version of the address will be broadcast by Belarusian TV channels in the evening.