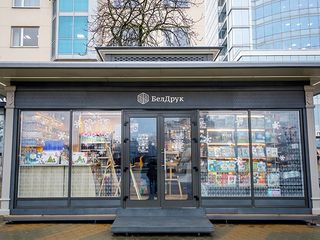 The first multi-functional kiosk of the Belosoyuzpechat enterprise opened in Minsk. At the kiosk, visitors can charge their phones and use Wi-fi. For the convenience of tourists, the smart kiosk features an online translator to facilitate communication with the sales personnel. Here, the guests of the capital city can also use an interactive navigator, which reads QR codes to tell you the way to the city's sights. As it is planned, about two dozen smart kiosks will be installed in the city center ahead of the 2nd European Games.