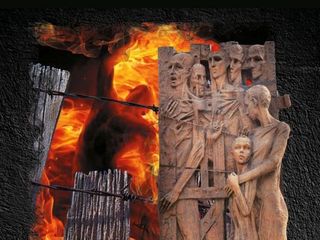 Events timed to the anniversary since the tragic elimination of the Minsk ghetto are held in the Belarusian capital. They were launched by a requiem meeting at the memorial complex Yama (The Grave). Politicians and public figures, ambassadors of foreign countries, former prisoners and righteous people of the world came to honor the memory of a hundred thousand Jews. After official speeches for peace and good and a memorial prayer, they laid flowers and wreaths to the obelisk. The President of Belarus addressed participants of the memorial events. A.Lukashenko underlined, that the Belarusian land has raised a generation, which remembers the lessons of history and preserves peace.