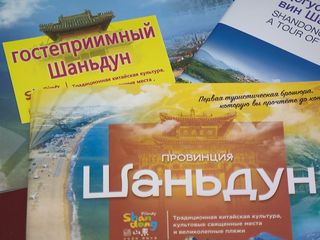 Cultural and tourist potential of the Chinese province of Shandong was presented in Minsk. The province is located in the east of China and is washed by the Yellow Sea. The population is more than 100 million people. Now Shandong is one of the most highly developed provinces of the People’s Republic of China. By the way, Confucius was born there. There are several sites in the Shandong province that are included in the world cultural heritage list.