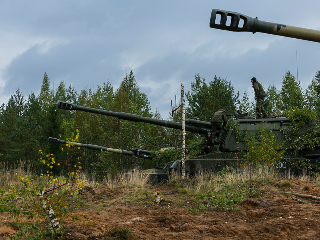 Today, the President of Belarus, the Commander-in-Chief of the Armed Forces, will take part in the joint strategic exercise «Zapad-2017». Alexander Lukashenko will inspect the level of interaction between troops during their defensive engagement. The presence of representatives of the highest military command of Russia, the Union State, the CIS, the CSTO, foreign observers and diplomats is also expected. Today is the seventh, final day of the active phase of the exercises. In the final maneuvers the crews of the MiG-29 will provide a cover for the strike aviation. The mixed units of the anti-aircraft missile regiment will provide anti-air cover. Combined arms teams will pursue and destroy the remaining illegal formations. During the tactical episodes the possibilities of new models of military equipment will be demonstrated.