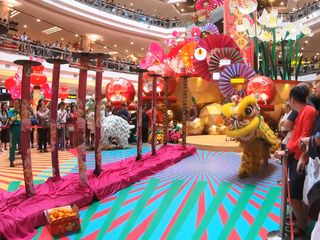 China celebrated the first day of the Lunar New Year. President of Belarus Alexander Lukashenko congratulated President Xi Jinping and the Chinese people on the holiday. At this time, the Celestial Empire turns into a huge festival. Cities are filled with street performers, while the people of China update their wardrobe, and attract happiness with fireworks. And, of course, they recall the great events of the passing year. One of such events is the mutual abolition of visa barriers between China and Belarus. Many Belarusians have prepared video cards for Chinese friends, while the Belarusian Embassy in China produced a large animated flash mob.