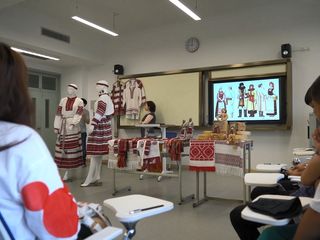 The Year of Belarus' education in China started with an important event – a Center of the Belarusian language and culture opened at the Beijing university of foreign languages. In Belarus, the first faculty of sinology will be opened this academic year. Programs for mass learning of Chinese, including in high schools, are being developed. Citizens of the Celestial Empire show a growing interest to Belarusian traditions. A faculty of Belarusian operates, at the Tianjin university of foreign languages.