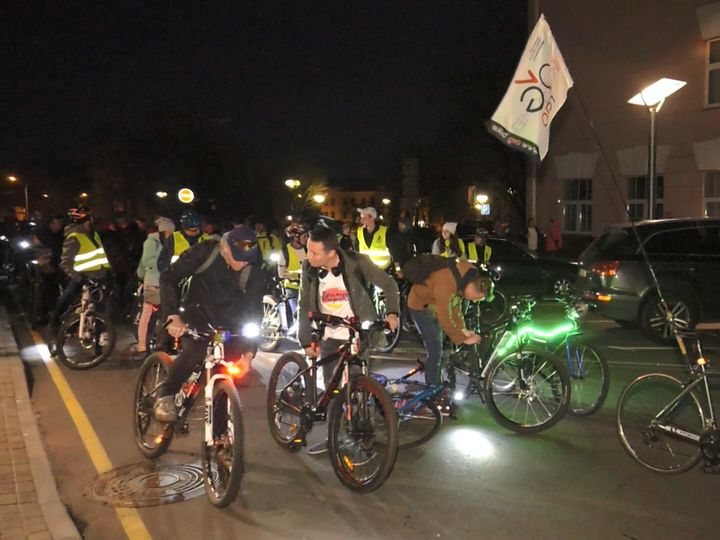 For the first time, the Belarus' regional center Gomel hosted night bicycle parade and a flash mob within the framework of the international project "PraRovar".  About 150 people from Armenia, Belarus, Poland, Russia, and Ukraine took part in the event. The activists passed through the city streets with the front lights on. The bright flash mob reiterated the necessity to switch on the lights when riding a bicycle at night.