Belarusian student work teams will work in Kaliningrad, Stavropol Krai and Rostov-on-Don in 2019 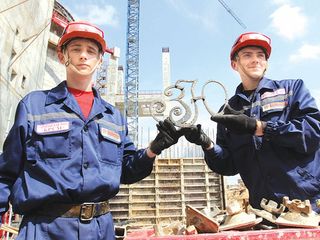 Belarusian student work teams will work in Kaliningrad, Stavropol Krai and Rostov-on-Don next year. The Belarusian Republican Youth Union and the All-Russian public organization “Russian Student Work Teams” have signed a cooperation agreement for the following 5 years. The document pays special attention to the creation of the common paraphernalia of the student work teams, various construction works on the territory of Russia and Belarus. The plan is to conduct the exchange of student pedagogical teams between Rostov-on-Don and Vitebsk Region, Kaliningrad and Grodno Region, Stavropol Krai and Minsk. A Stavropol youth delegation will visit Minsk in the near future.