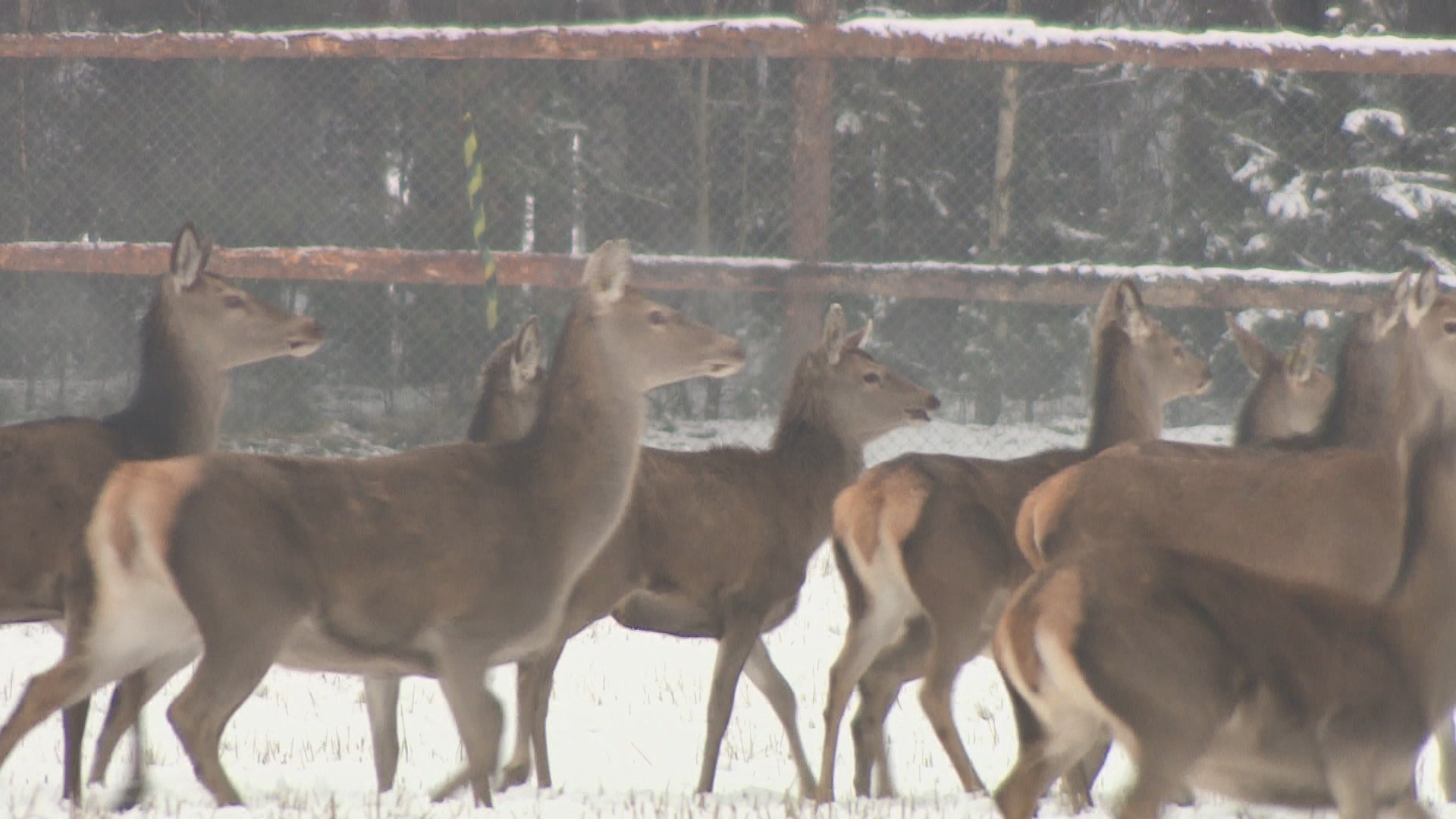 The population of red deers in the Minsk region is growing. Representatives of the Belarusian society of hunters and fishers have been working on it for several years. The cloven-hoofed mammals are bred in special mini-reserves and temporary enclosures. Later, the animals are released into the wild nature. About two hundred specimens are numbered now in the Smolevichi district. Several years ago there were only 70 of them. In those forest areas, where the red deers settled down, experts keep on taking care of the animals.