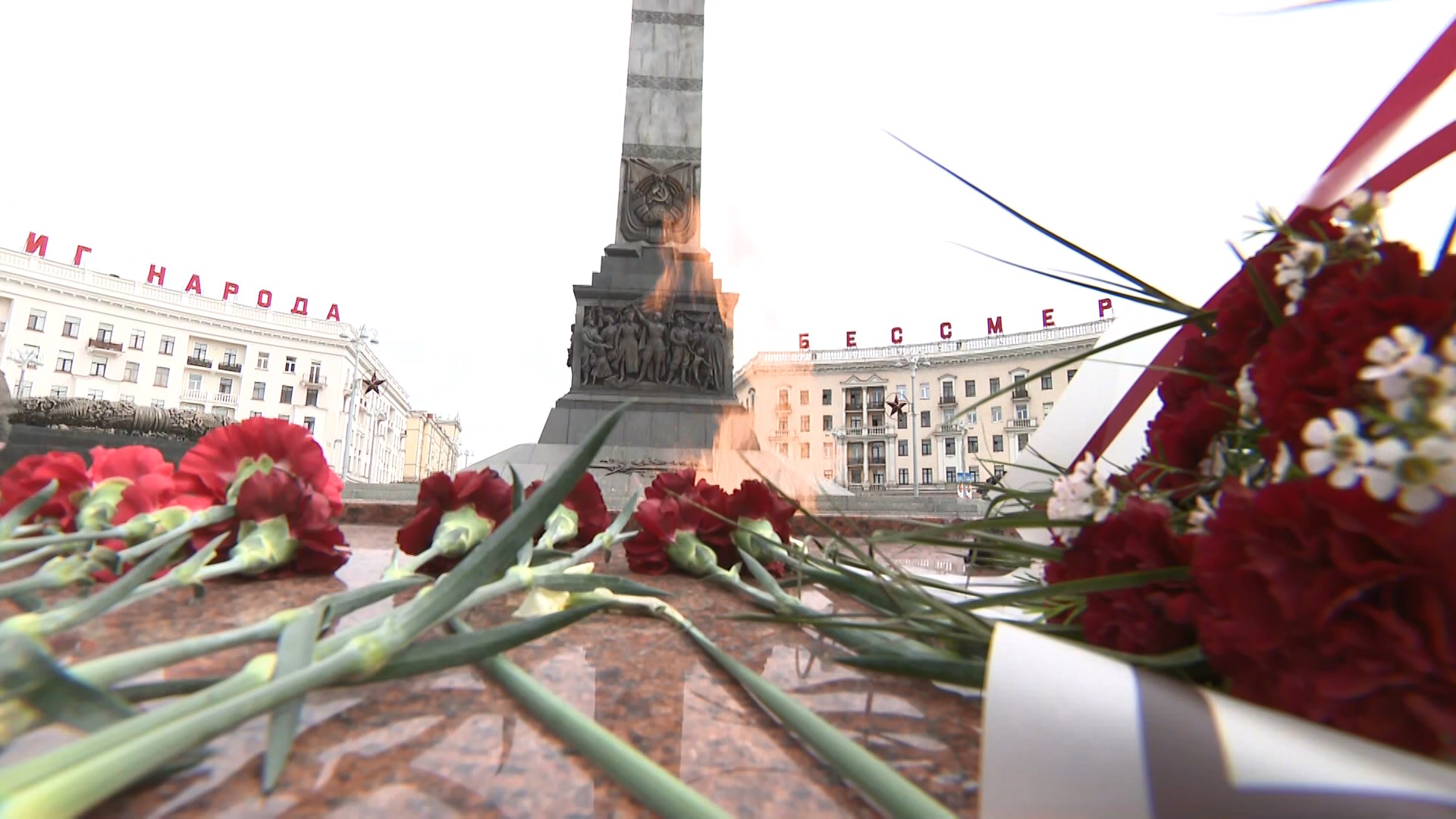 Ahead of the anniversary of the Great Victory, ministries, museums, theaters and universities are joining the "Belarus Remembers" nationwide action. Today Deputy Prime Minister Igor Petrishenko will lay flowers in Khatyn. A tribute to the victims at the Victory Monument and the monument to Asanaliev will be given by ministers Vladimir Makei and Aleksandr Karlyukevich. Representatives of the National History Museum, the Gorky Drama Theater and the country's art universities will also honor the war heroes.
And the Vitebsk region hosted a stage of the international campaign "For the Glory of Common Victory". Capsules with soil taken from places of bloody battles and mass graves all over the region, were brought to rest at "Breakthrough" memorial, which keeps alive the memory of the heroism of the partisans.