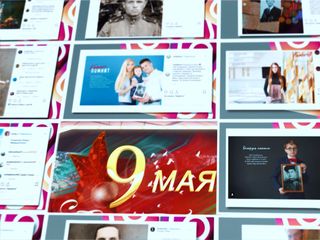 Victory is one for all, but everyone has his or her own story. The users of social networks published stories of their relatives who participated in the war under the "Belarus remembers" hashtag. Instagram captured the large-scale photo challenge. On May 9 alone more than two thousand posts were published. Public figures - artists, athletes, TV hosts and journalists joined the campaign in their personal accounts. The celebrations ended with a large-scale open air at the Eternal Flame in the center of Minsk. The concert on Victory Square has already become a good tradition and gathered the audience both on the street and on TV screens for the 4th time. Songs of war and poems about the war sounded at the majestic obelisk. The festive fireworks became the final chord of the celebration. 30 volleys were fired from 6 points across the capital city.