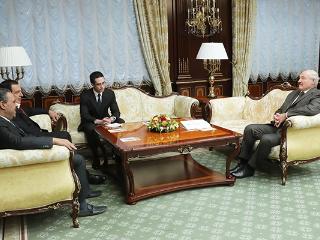 Belarus counts on deepening cooperation with Association of National Olympic Committees in all spheres. This was discussed at the meeting of the Belarusian leader with the President of this international organization. Alexander Lukashenko confirmed the consistent position that the Association of NOCs can play a more significant role in making decisions in the Olympic family. The President of Belarus and the President of ANOC also discussed the forthcoming Winter Olympic Games and preparations for the Second European Games to be held in our country in 2019. The Head of State emphasizes that Belarus has proved its ability to organize world-class events. At the same time, the Association of National Olympic Committees may be more deeply involved in the process of preparing and holding the European Games.