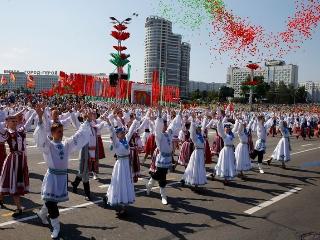 Belarus celebrated its most important state holiday, the Independence Day. A parade of military and civilian vehicles took place in Minsk. The military parade involved about 6 thousand soldiers and more than 500 vehicles. For the first time the parade featured unmanned aerial vehicles. Belarusian air forces presented an aerobatics program. The column of civil vehicles demonstrated the advancements of Belarusian mechanical engineering. The celebrations were complete with a music and dance show called "Flourish, Belarus!". And in the evening a gala concert and the "Let's sing national anthem together" action took place at Minsk Hero City monument. Later the sky over the capital city was lit up with fireworks. Official events were held all over the country. In Brest the events centered around the legendary citadel, then moved to the city center. Gomel hosted a parade of symbols of independence of the district capitals, each demonstrating its coat of arms. These days Mogilev also celebrates its own anniversary, which culminated in the national cuisine festival. On the Independence Day, Vitebsk joined the "Running for Peace" international relay race. A festival of sports brought together the citizens of Grodno as well. 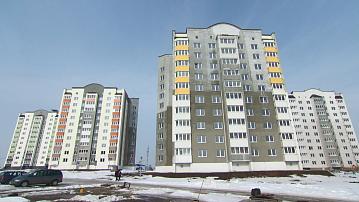