April 2 - Day of Unity of Peoples of Belarus and Russia 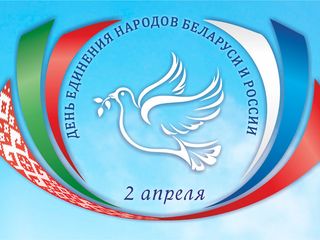 The Day of Unity is celebrated today in Belarus and Russia. On the occasion, the peoples of the two countries, as well as the President of Russia Vladimir Putin, were congratulated by the Head of the Supreme State Council of the Union State, President of Belarus Alexander Lukashenko. In 1996, Minsk and Moscow signed the Treaty on the formation of the Community, and exactly one year later the Treaty on the Union of the Two Countries was signed. It opened the widest opportunities for economic and cultural ties. This is the closest integration in the post-Soviet space, which is based on common spiritual traditions and historical values. It should be noted that about 700 thousand Belarusians live in Russia. The largest diasporas live in Moscow, St. Petersburg, Novosibirsk, and Kaliningrad. Today festive events will be held in the two capitals and other cities of Belarus and Russia.