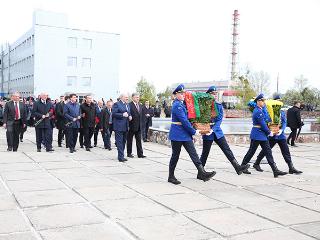 Belarus President Alexander Lukashenko took part in the events to mark the anniversary of the accident at the Chernobyl nuclear power plant. The Belarusian head of state and his Ukrainian counterpart Petro Poroshenko visited the nuclear power plant and nearby facilities. Primary attention was focused on the efforts to maintain the radiation security level which is in direct interests of the residents of the two countries. The presidents inspected the construction site of the future protective shelter and the storage of nuclear waste, honored the memory of the liquidators and victims of the accident. The heads of state also visited the agro-town of Lyaskovichi. Before meeting with residents of the agrotown the two leaders went to the St Michael Church where they lit candles in remembrance of Chernobyl catastrophe victims. The two heads of state discussed a wide range of issues related to bilateral cooperation, first of all, in the trade and economic area and also political relations and further efforts aimed at the peaceful settlement of the conflict in the southeast of Ukraine. Belarus plans to send humanitarian aid to the people living in the conflict zone in Ukraine. 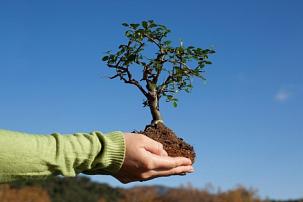 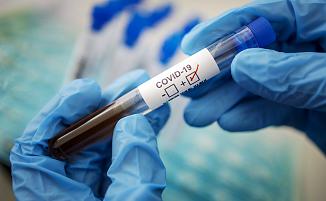 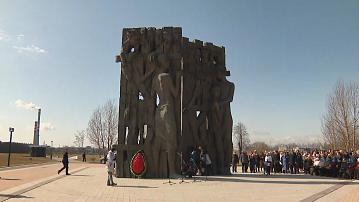 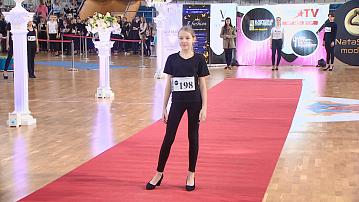