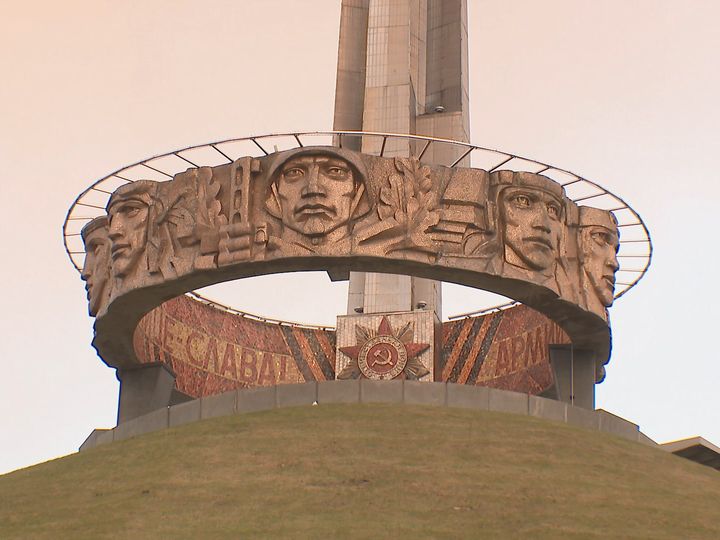 Ahead of the 75th anniversary of the Great Victory a legendary "Katyusha" WWII-era MLRS is going to be installed at the foot of the Mound of Glory. The initiative was put forward by veterans, trade unions and youth of the country. In addition, an alley of trees will be planted next to the memorial. The seedlings and soil will be brought from all the hero cities. In addition, a virtual museum with an audio guide will be launched for visitors of the Mound of Glory. The organizers note that all the new features will become available closer to the Victory Day. Today, in honor of the anniversary, veterans, youth and trade union representatives laid wreaths and flowers at the foot of the Mound of Glory.