Talks between Presidents of Belarus and Russia held in Sochi 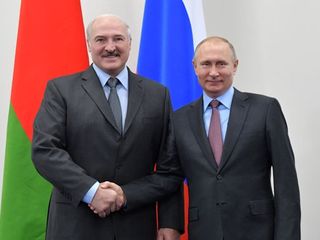 Talks between A.Lukashenko and V.Putin were held in Sochi, Russia. At the meeting in Krasnaya Polyana, the Presidents confirmed their adherence to ally relations and reassured that the problems will be solved. The Belarus-Russia relations are on a high level regarding all avenues of interstate cooperation – its politics, economy, social sphere and culture. The mutual trade turnover grew and exceeded 35 billion dollars last year. The talks were held with members of the governments of the two countries participating.