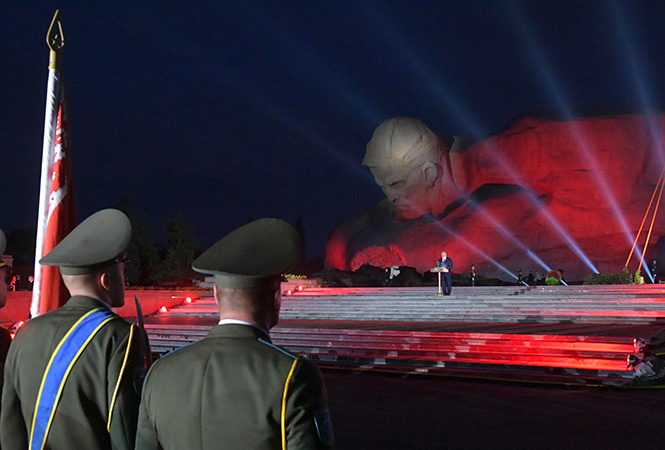 Belarus recalls the tragic events that happened 79 years ago. June 22, 1941 fascist troops crossed the border of the Soviet Union. The Brest Fortress faced the first attack. In a complete blockade, without water and food, with an acute shortage of ammunition and medicines, the garrison bravely fought with the enemy for more than a month. And now the memorial complex "Brest Hero Fortress" remains one of the main symbols of courage and perseverance. Early this morning there was a requiem rally. The President attended the commemorative event. Alexander Lukashenko laid a wreath at the Eternal Flame and delivered a speech.