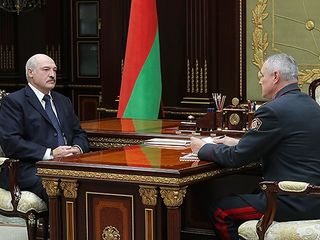 Belarusian law enforcement bodies should provide security for citizens and guests during the II European games, yet not excessively. President A.Lukashneko noted this, as he received a report from the minister of internal affairs. Igor Shunevich remarked, that the crime level in the country is low, while Belarus is among the safest European states. Still the forthcoming sports forum will be a serious test for the guardians of law. To improve its efficiency, the ministry took several managerial and personnel decisions. The prevention of cybercrime remains among priorities. Later, Mr.Shunevich told journalists, that he had offered his resignation to the President. The Head of state admitted it.