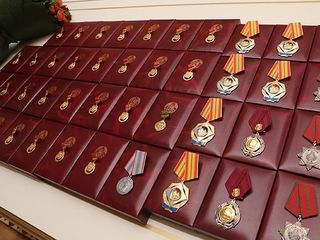 Today President Alexander Lukashenko presented state awards to distinguished Belarusians. Orders, medals and honorary titles were conferred on 42 people in recognition of their many-year productive work in culture, science and journalism. The president gave the Order for Personal Courage to Nikolai Mochansky, who landed a burning helicopter. Ivan Shilo, rector of the Agrarian Technical University, was conferred the title of Honored Worker of Science. Alexander Lukashenko extended the warmest greetings to workers of BelTA News Agency as the organization marks the centennial anniversary. A tour of the Palace of Independence was organized for the guests.