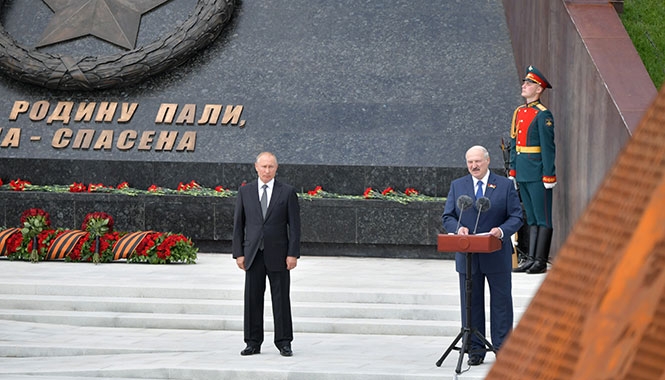 Belarus President Aleksandr Lukashenko took part in a ceremony to unveil the Monument to the Soviet Soldier in Rzhev, Russia. The memorial had been erected to honor the memory of the fallen heroes of the Great Patriotic War. The centerpiece of the memorial complex is a 25-meter sculpture of a soldier on a 10-meter mound. Aleksandr Lukashenko and Vladimir Putin took part in a symbolic action of planting trees in the Garden of Remembrance. the goal is to plant 27 million trees in memory of every soldier fallen in the Great Patriotic War. The heads of state also visited the museum-historical pavilion dedicated to the Battle of Rzhev. Alexander Lukashenko and Vladimir Putin left the first entries in the book of honored guests of the museum.