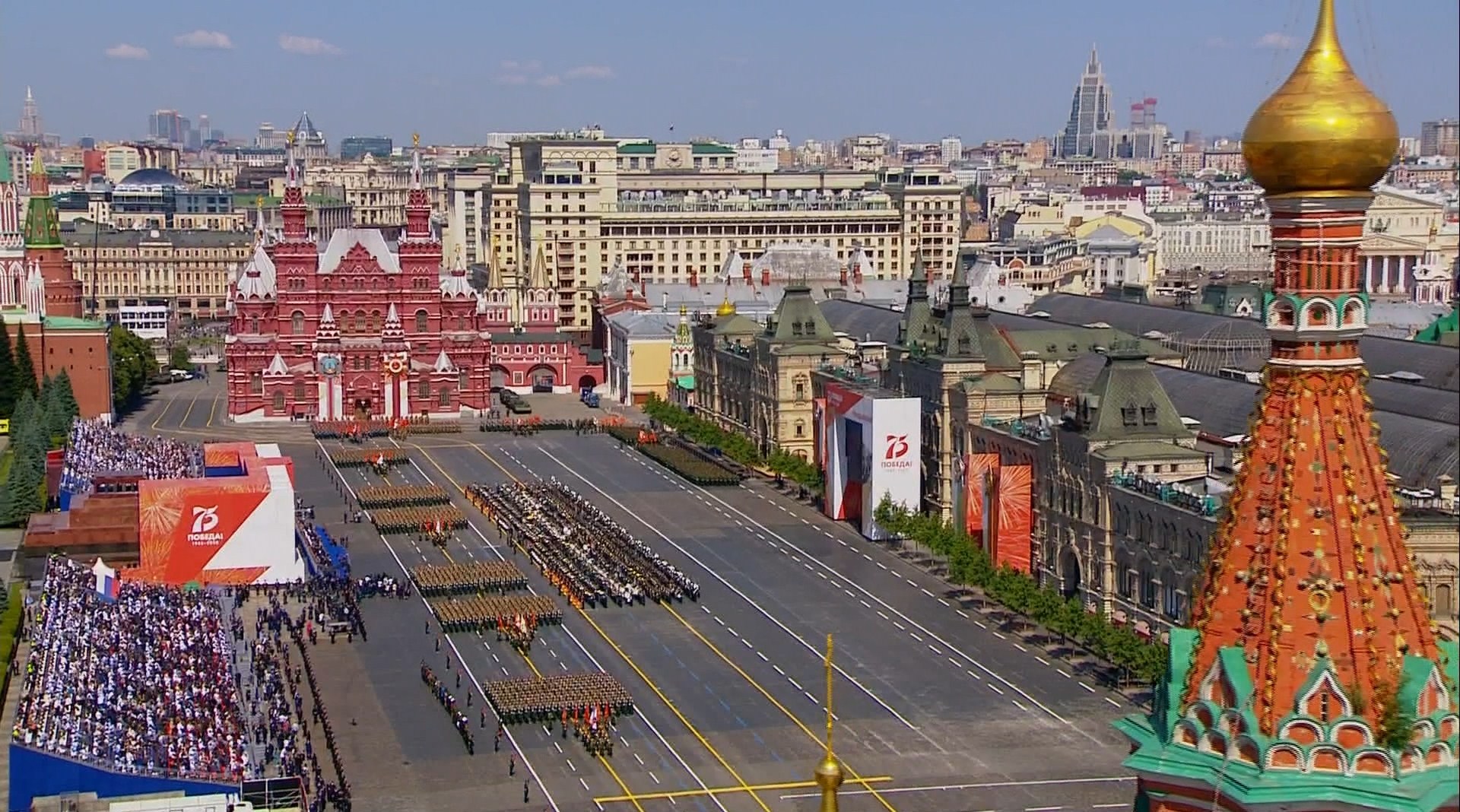 Victory Parade took place in Moscow's Red Square. Belarus President Aleksandr Lukashenko also took part in the celebrations marking the 75th anniversary of the victory in the Great Patriotic War. Among the distinguished foreign guests who also arrived for the parade are the presidents of Kazakhstan, Kyrgyzstan, Moldova, Serbia, Tajikistan, and Uzbekistan. In addition to the Russian military, representatives of 13 states took part in the parade. The national flag of Belarus in Red Square was carried by the famous company of the guard of honor of the Ministry of Defense of our country. This year in Russia, the parade in honor of the Victory was postponed due to the coronavirus. The date of June 24 was chosen since it was on this day in 1945 that the historic parade of the Winners took place.