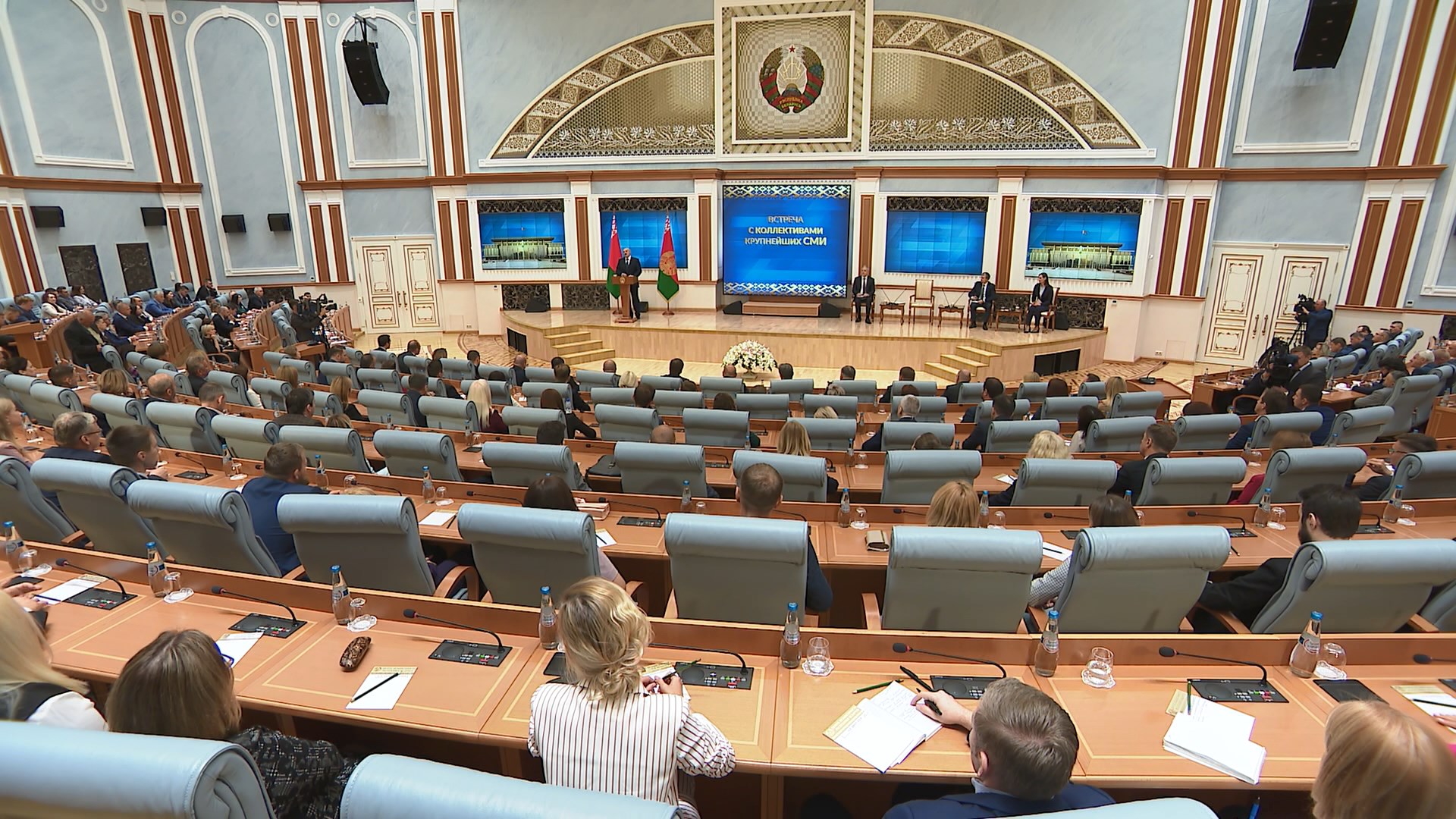 Belarus President held a meeting with representatives of major mass media outlets. The event took place in the Palace of Independence. As it has been reported, the president has already held similar meetings with top officials and executives of the city of Minsk, Mogilev Oblast, Grodno Oblast, Brest Oblast and Minsk Oblast. In addition, the head of state has recently met with the country’s best teachers. Different points of view are good, Aleksandr Lukashenko said in his opening statement. According to him, there is a clear requirement at the level of the president that different points of view are necessarily taken into account ahead of any event. The meeting was also attended by Belarusian public officials responsible for the work and development of the media environment.