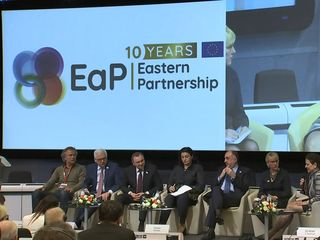 I hope that the positive processes in the relations between Belarus and the European Union have become irreversible, Belarus’ Minister of Foreign Affairs Vladimir Makei said as he addressed the High-Level Conference on the occasion of the 10th anniversary of the EU initiative Eastern Partnership in Brussels. The minister said that the European Union has become Belarus’ second biggest trading partner. He welcomed the positive trend and stressed that over the past three to four years, the parties have done a lot more than in the previous decade when Belarus was under restrictions and sanctions.