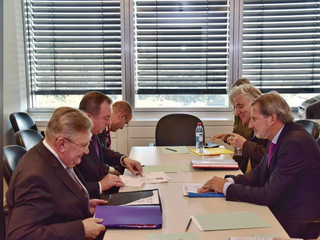 At the meeting of the foreign ministers of the Eastern Partnership countries with representatives of the EU leadership in Luxembourg, Belarus is represented by its foreign minister Vladimir Makei. The parties are to assess the results of the initiative and its prospects. The Eastern Partnership is a priority of the EU’s foreign policy, according to the head of the European diplomacy Federica Mogherini. The agenda of the meeting includes the fulfillment of commitments under the partnership, including 20 key deliverables for 2020.