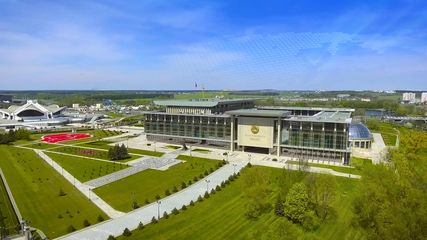 The session of the Union State Supreme State Council will be held today in Minsk. Leaders of Belarus and Russia will meet in the Palace of Independence. The agenda includes about 10 issues. It is expected that the plane of the Russian president will land at the National Airport Minsk in the middle of the day. This will be the third meeting in less than 2 weeks between Alexander Lukashenko and Vladimir Putin. They met on the sidelines of the Shanghai Cooperation Organization summit in Qingdao (China) and at the opening of the World Cup in Moscow at the Luzhniki stadium.