The Eastern Partnership Summit is held in Brussels 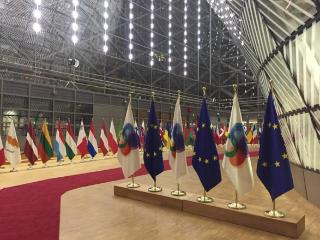 Brussels hosts the Eastern Partnership Summit. The Belarusian delegation is headed by Belarus Foreign Minister Vladimir Makei. Today, on the sidelines of the forum, he met with presidents of Armenia and Azerbaijan, as well as with High Representative of the European Union for Foreign Affairs. 20 specific tasks are being discussed at the summit. Among them are: the cancellation of roaming, affordable loans for small businesses, the construction of new roads, energy efficiency, etc. A joint declaration will be signed as a result. The «Eastern Partnership» initiative was developed almost ten years ago. The summits are held every two years.