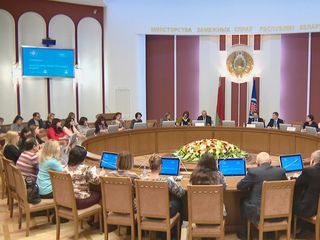 Minsk will promote the image of the Central European Initiative in the region. Head of the Belarusian Ministry of foreign affairs declared this during his meeting with CEI Secretary General. Vladimir Makei added, that the organization helps unite the Eastern and the Western Europe. Several Belarusian propositions were reflected in corresponding documents. Roberto Antonione, in his turn, noted the chairmanship of Belarus in CEI two years ago. According to him, it was one of the most successful, over the organization's history. The program of the visit envisages CEI Secretary general's meetings with Belarusian parliamentarians, Belarusian trade and industry chamber, and State science and technology committee.