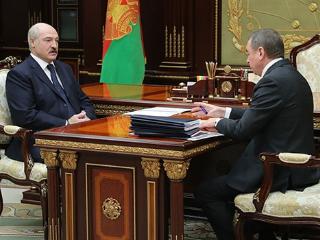 Efficiency of foreign economic activity and optimization of the Foreign Ministry. Such topics were discussed the day before at the Palace of Independence. President Alexander Lukashenko received a report from the Foreign Minister Vladimir Makei. The conversation touched upon fulfilling the instructions of the head of state, given at the July meeting on foreign policy priorities. The Foreign Minister reported on a positive trend, the export increased by a quarter. Basically, it is due to rising prices. Physical volumes have also grown, but there is still great potential in this sphere. The President agreed on conceptual approaches to foreign policy and foreign economic activity. In addition, the schedule of foreign visits of the head of state for this year was discussed.