On early voting's first day turnout in presidential elections in Belarus at 4.98% 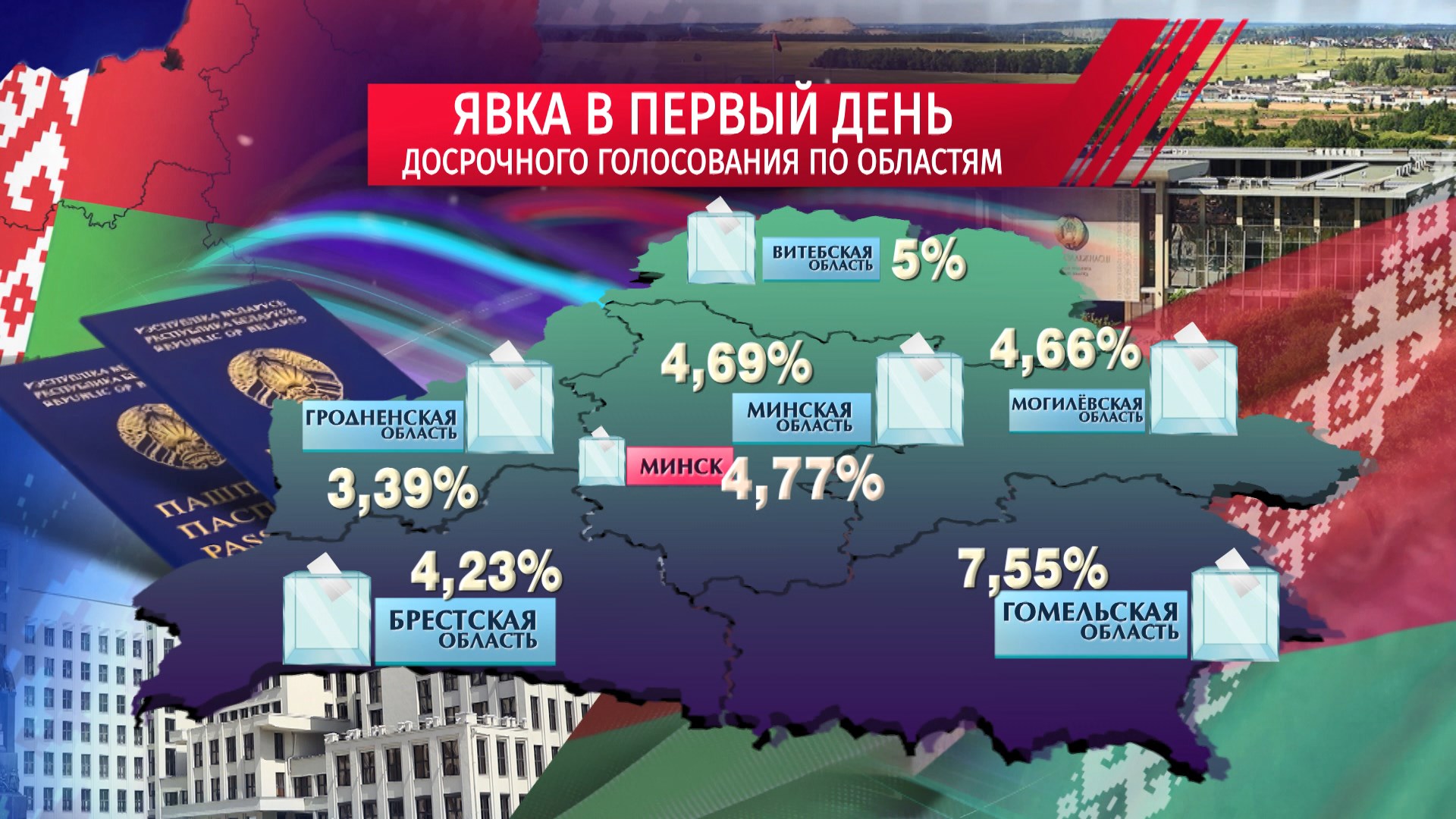 Voter turnout on the first day of the early voting in the presidential elections in Belarus amounted to almost 5%. The data was made available by the CEC. Most numerous among early voters were those from the Gomel region at over 7.5%, 5% voted in the Vitebsk region. The capital city goes third. In the central region and the Mogilev region the figures are approximately the same. A little over 4% turnout was recorded in the Brest region. In Grodno, less than 3.5% of voters cast their votes.

Visit of Chairman of PRC to Belarus under preparation