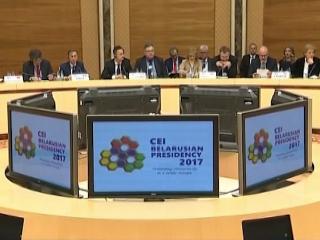 CEI leadership highly appreciates chairmanship of Belarus in organization. This was announced today at the meeting of heads of governments of the countries of the initiative by the Deputy Secretary General of the CEI. During the year a number of discussions took place on topics that are of interest to absolutely all countries in the CEI region. This aided the organization in defining its future priorities. Now the organization faces very serious problems: climate change, cyber terrorism and illegal migration. Minsk also considers them to be the key issues in the activities of the initiative. The meeting ended with the transfer of the chairmanship to Croatia.