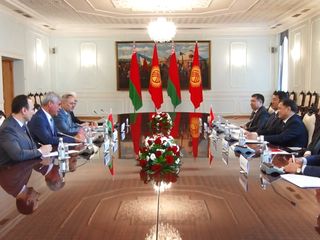 A meeting of the CSTO Parliamentary Assembly Council was held in Bishkek. It was attended by representatives from six countries. The Belarusian delegation was headed by Chairman of the House of Representatives of the National Assembly Vladimir Andreichenko. At the initiative of Minsk and with the support of the CSTO countries, a number of resolutions were adopted, namely on cooperation in the fight against human trafficking and illicit drug trade, as well on promoting the green and digital economy. The meeting participants were informed about the new project on strategic forecasting in the fields of science, technology and innovation.