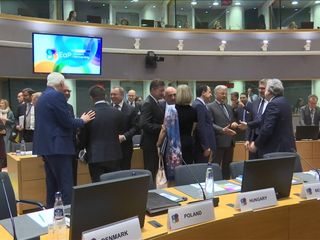 A meeting at the level of foreign ministers of the EU and Eastern Partnership countries: Azerbaijan, Armenia, Belarus, Georgia, Moldova and Ukraine has started in Brussels. Tomorrow, the head of our Foreign Ministry will take part in a high-level conference on the occasion of the 10th anniversary of the Eastern Partnership project. As Vladimir Makei said earlier, Belarus and the European Union have not reached a high level of relations, but in any case, the meetings held in Brussels are very important for all parties. The Belarusian side emphasizes that the events in the format of Eastern Partnership should be as productive and effective as possible.