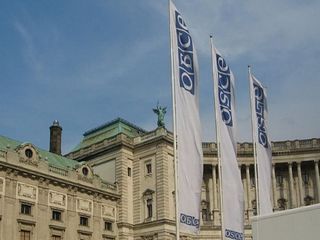 Belarus’ parliamentary delegation led by Vice Chairman of the House of Representatives Boleslav Pirshtuk will attend the OSCE PA Silk Road Support Group meeting and the OSCE PA Winter Meeting in Vienna on 20-22 February. The Belarusian MPs will take part in the meetings of the General Committee on Political Affairs and Security, and the General Committee on Economic Affairs, Science, Technology and Environment. Boleslav Pirshtuk will be among the speakers of the latter committee to speak about Belarus’ digital economy promotion efforts. During the meeting of the General Committee on Political Affairs and Security the MPs will again highlight Belarus’ commitment to peace and security, its willingness to continue to serve as a peaceful negotiation platform, a bridge between the East and the West.