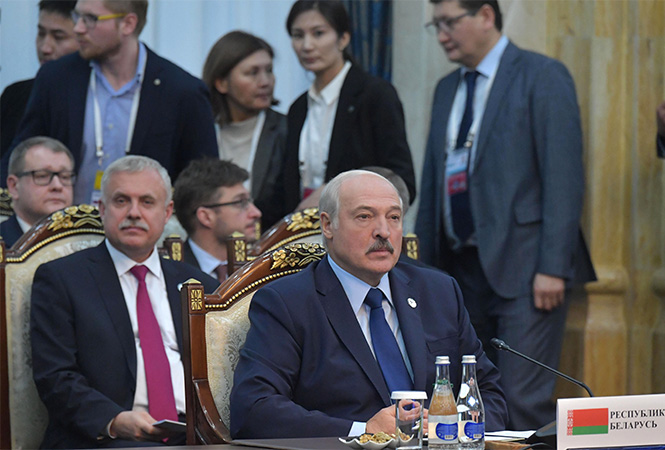 The day before, a CSTO summit ended in Bishkek. The President of Belarus called upon the colleagues to focus on peace initiatives. This is especially relevant in view of the political confrontation between the leading world powers. On the whole, the organization’s global agenda is an important opportunity for experts and political scientists to discuss what steps the military and political bloc will take in the future. Belarus suggested adopting a multilateral political declaration of the responsible countries on the non-deployment of medium and shorter-range missiles in Europe. It was also decided that Belarus' representative Stanislav Zas would take over the post of CSTO Secretary General from January 1 of next year, and Russia will take over the presidency.