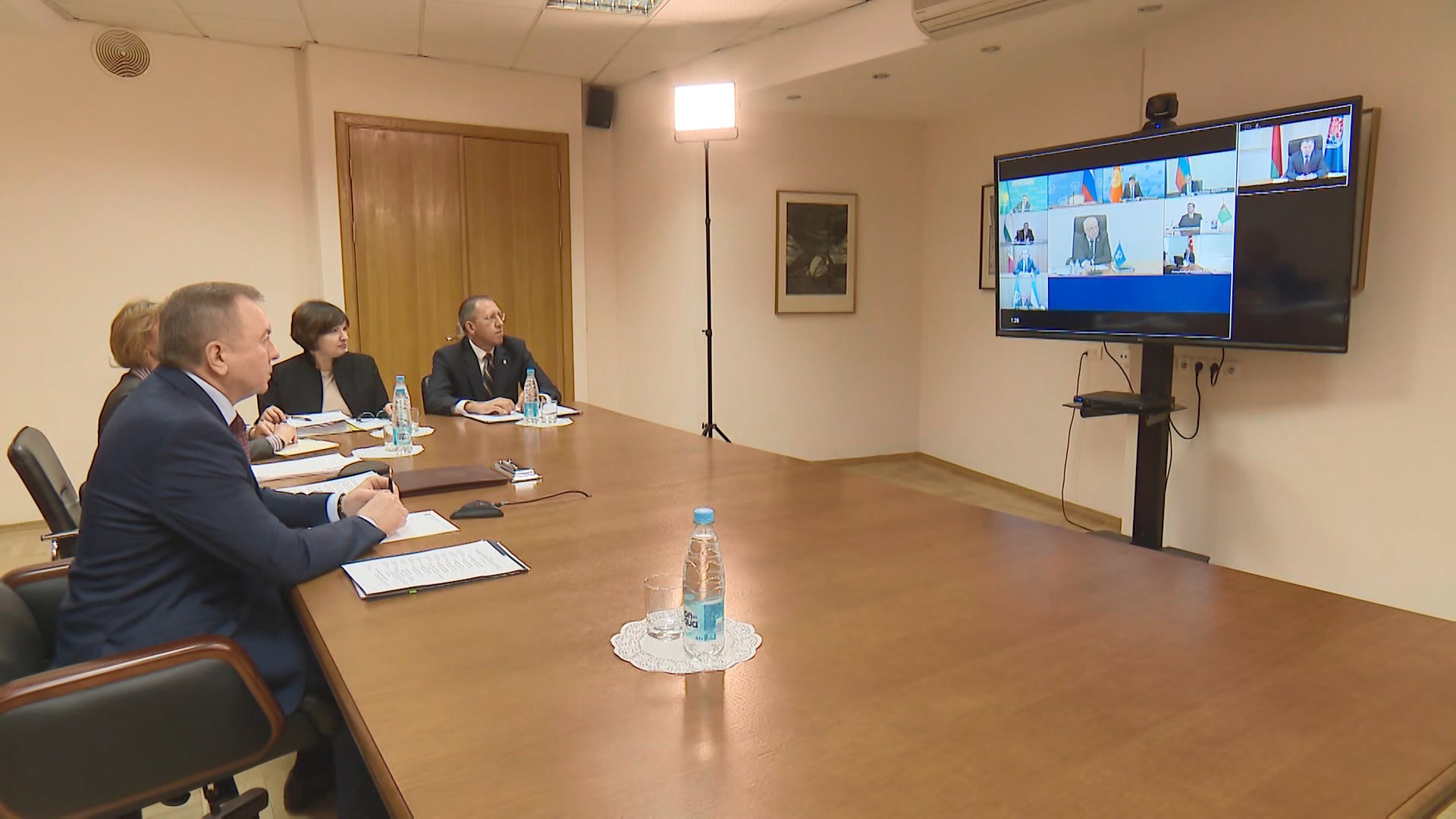 The meeting of the CIS Foreign Ministers Council was for the first time held in a video conference mode. Belarus was represented by the Foreign Ministry head, Vladimir Makei. Ministers discussed interaction of the Commonwealth countries with the UN and other international organizations. The key topic was countering the spread of coronavirus. The projects of international youth cooperation and tourism were considered, as well as issues of interaction and crisis management at the borders of the Commonwealth, and the creation of a joint communications system of the armed forces of the CIS countries.