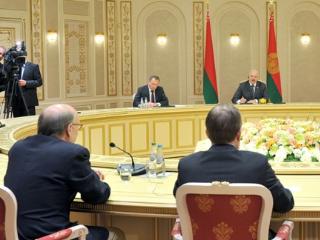 Belarus is interested in advancing its relations with the United States of America, Belarus President Alexander Lukashenko made the statement as he met with a delegation of the U.S. Congress. Its representatives are partaking in the session of the OSCE Parliamentary Assembly which is in progress in Minsk. After the election in November 2016 the US leadership focused on domestic affairs as expected. Nevertheless, the foreign policy of the new presidential administration is gradually taking shape. The head of state believes that in the near future Washington’s foreign policy approaches to Belarus will be formulated. Alexander Lukashenko suggested discussing ways to invigorate Belarusian-American relations. The two parties exchanged views on bilateral economic and political cooperation as well as on the international agenda.