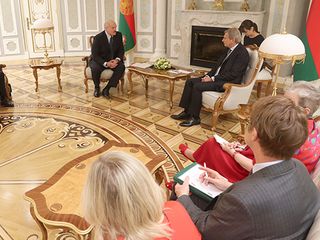 Belarus’ President met with European Commissioner for European Neighborhood Policy and Enlargement Negotiations Johannes Hahn. During the talks in the Palace of the Independence in Minsk the sides discussed development prospects of the Eastern Partnership Initiative as well as Belarus-EU trade and economic relations. Alexander Lukashenko believes that the Eastern Partnership is a good example of Belarus’ commitment to economic cooperation with the European Union. In recent years, Belarus-EU relations have been developing positively. The European Union is the second most important market for Belarusian exports.