XXVIII International festival of arts «Slavonic bazaar in Vitebsk» to be held July, 11 – 15, 2019 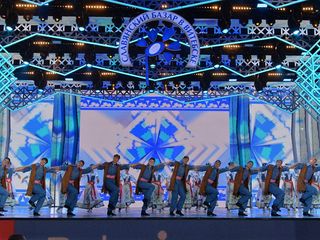 The 28-th International festival of arts «Slavonic bazaar in Vitebsk» to be held July, 11 – 15. The forum's directorate announced it. Supplementary events will traditionally be held before the opening and after the closing. The program of the festival is being compiled. In December, selective rounds to international song competition will begin. Grodno will be the first among the regional centers to host them. The contenders have to present two compositions. The jury will include famous actors, producers, directors. Master classes for the contestants are planned to be held.