Winners of National Film Award of Belarus to be announced today 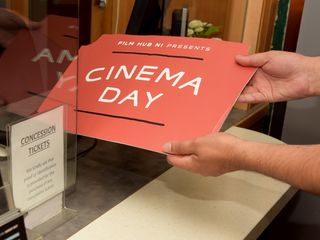 Today, on the Day of Belarusian cinema, for the first time in Minsk the National Film Award will be bestowed. The red carpet, the dress code, the film-makers from all over the country and the cherished statues – a celebration in the best world traditions will be held in the House of Cinema. The award is made in the form of film tape, turning into a fern. There are 20 nominations. Leading among the nominees are the films «Footprints on the water» and «Photo for memory». Screenings of awarded films, master classes and creative meetings will be held at the National Center for Contemporary Art from December 18 to 26.