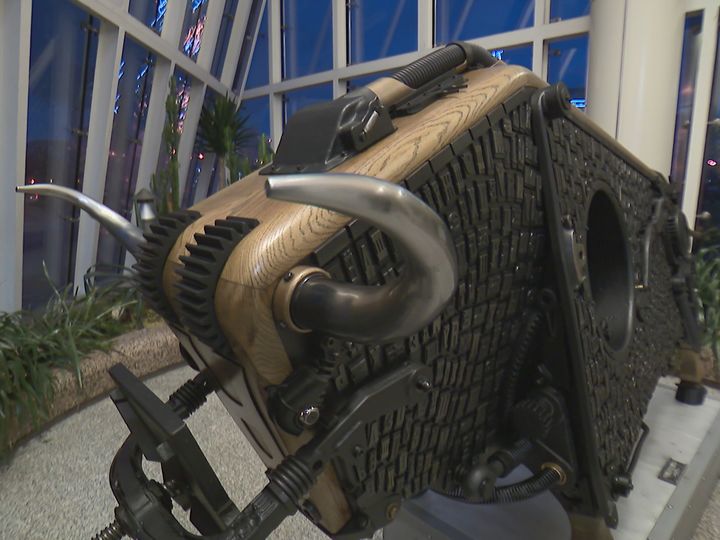 An unusual art object appeared in the National Library of Belarus. A book bison settled there. It was put together using original mechanisms of printing presses from the 19th and 20th centuries and is decorated with a typographic font. Placed right at the bison's heart is a symbolic image of the sun and the crescent moon combined, the emblem of the pioneer Belarusian book printer of the 16th century Francisk Skaryna. The animal's head is decorated with the letter "Aleph", the first one in the Phoenician, Hebrew and Greek alphabets. The sculpture was crafted by Belarusian designer Gennady Kotlinsky. The search for sponsors is underway to ensure that the bison will stay in the "Library Forest" for good.