Today Vladimir Vysotsky would have turned 80 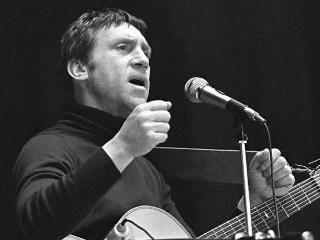 Today the legendary Soviet actor and singer Vladimir Vysotsky would have turned 80. By the way, the cult-figure had Belarusian roots. His paternal great-grandfather lived in Brest and was a glass blower and a teacher of the Russian language, His grandfather Wolf Schliomovich Vysotsky was born in Brest region as well (later he changed his name to Vladimir Semenovich). Therefore, it was not by chance that a small museum with rare exhibits was opened in Brest, in the hotel «Bug», where Vysotsky and his wife Marina Vlady had stayed many times. In the summer, the Vysotsky Museum will open in the Kopyl district. Vladimir Vysotsky’s second cousin once removed Nadezhda Vysotskaya is among its creators.