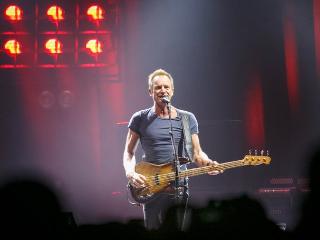 Sting's long-awaited concert was held in Minsk. Thousands of fans of the British musician were presented his new album, as well as hits from the golden collection of world pop music. Sting’s son played as a warm-up for his father. Joe Sumner and Sting are as two peas, not only in appearance, but also in voice. The family duo presented a joint composition. Sting performs on stage for more than 40 years. During this time he managed to win over 15 Grammies, «Golden Globe», and also was awarded a star on the Hollywood Alley. This is the second concert in Minsk for the British artist. 7 years ago Sting performed accompanied by the Presidential Orchestra.