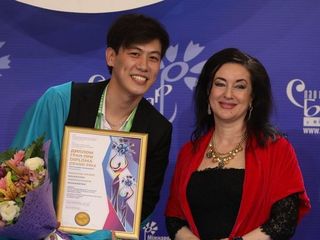 The final fanfares have sounded at the Slavianski Bazaar in Vitebsk festival. The closing ceremony took place at the Summer Amphitheater the day before. Performing in the final gala concert were more than three dozen famous artists from Belarus, Russia, Ukraine, Sweden and Italy. The Grand Prix of the International Pop Song Performers Contest this year was awarded to the representative of Kazakhstan. The third prize was shared by performers from Russia and Ukraine. Belarus and Israel found themselves in the second place. Despite the fact that the festival is officially closed, the concerts continue.