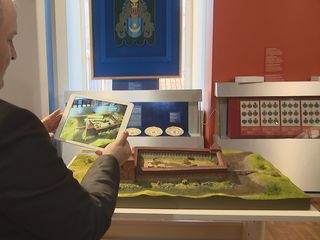 Krevo Castle appeared within the walls of the National Historical Museum. The new exhibit is a two hundred times reduced copy of the castle. For maximum accuracy, a plastic model was printed in parts on several 3D printers. An important part of the IT project is augmented reality. Experts have developed an application for tablets, which will allow to take a detailed view of the tower and learn the characteristics of galleries. Also, developers will add some historical references, including videos and texts in different languages. In summer, the guests of Belarus at the 2nd European Games will be able to get acquianted with the exhibition.