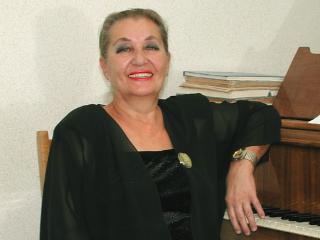 People's Artist of Belarus, owner of the Order of Francis Skaryna Lyudmila Efimova, celebrates her anniversary today. For more than half a century, she held in her gentle hands the fate of large professional collectives. Since 1987, Lyudmila Efimova has been conducting one of the biggest collectives of the country - the State Academic Choir Chapel named after Grigory Shirma. Celebrations of the jubilee will be held today in her "second home" - the Belarusian State Philharmonic Hall.