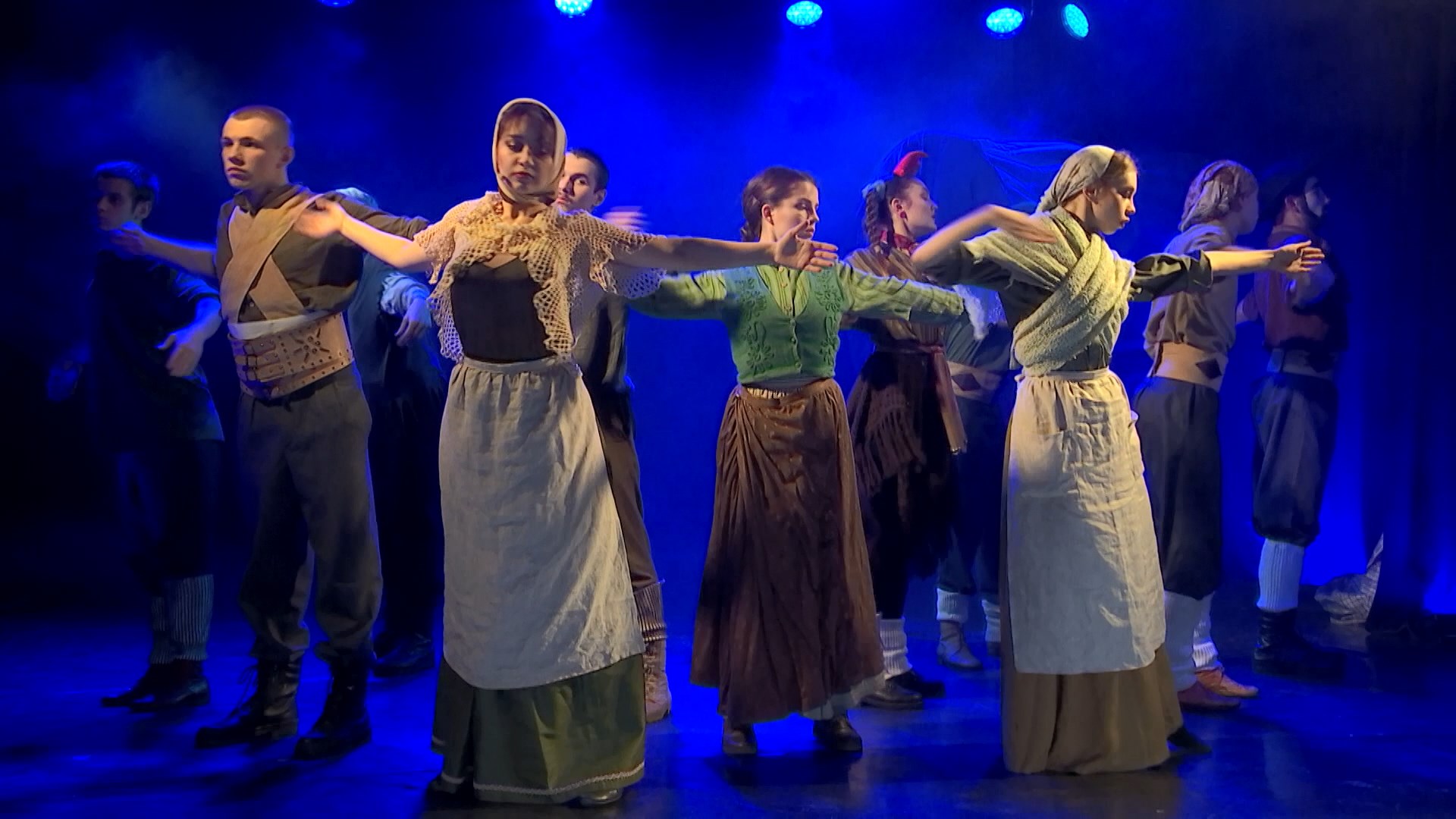 The International Festival of Theater Schools from the BRICS countries was held in Moscow. This year, due to the epidemiological situation, the play "Mother Courage and Her Children" by German playwright Bertold Brecht was staged by each theater-participant in their homeland in the language of their country and shown online. Belarusian actors presented an unusual interpretation of the famous piece. They conveyed the dialogues of the main characters through body movements.