J:Mors in gig at Palais des Nations in Geneva 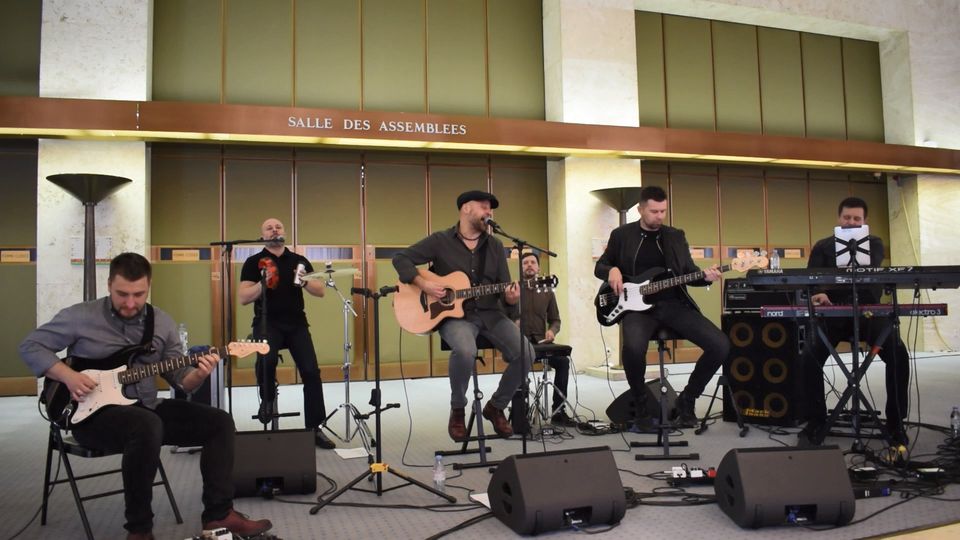 Belarusian rock band J: Mors performed a concert at the famous Palais des Nations in Geneva with an hour and a half of solid Belarusian hits. The concert became the central cultural event in the framework of the international conference dedicated to the 30th anniversary of the Convention on the Rights of the Child. This year, the rock band turns 20. The J: Mors' anniversary tour schedule covers 13 cities of Belarus. On Thursday, a concert will be held in Russia's Moscow, too.