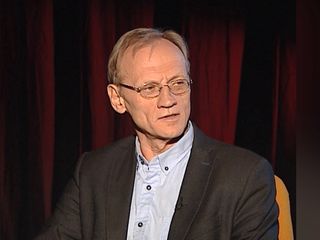 Nikolai Pinigin, the artistic director of the Kupalovsky Theater, turns 62. His productions of "The Locals", "Symon the Musician" and "The Inspector" are among the most popular in Belarus. In total, Pinigin has staged over forty plays. The Honored Artist launched his career as a director at Belarusian TV in late 1970s, and after that moved on to the theater. His productions have been appreciated by audiences in Paris, St. Petersburg and Moscow.